"To train professionals who master all the skills, technical and human competences necessary to the exercise of their profession."

To succeed, you must feel “welcomed” in order to establish a climate of trust, we must encourage communication, create the conditions for dialogue between the teacher and the student in order to build a quality, effective, constructive trust that will support you!

To be able to understand you, to put himself in your place, to detect very quickly your problems or your needs and to help you as well on the school, psychological, financial or spiritual point.

We have put in place a variety of reception, supervision and pedagogical support mechanisms to help you adapt to the Institut Limayrac and succeed in your studies. The teachers are at your disposal throughout your studies.

Let’s start hoping here and now! Every student is capable of succeeding in his or her academic career, of becoming a future professional. To project themselves into the future. The entire educational team at Institut Limayrac believes in your ability to succeed!

By rigorously choosing promising fields of study in terms of employment.

The employment of our students and trainees is at the center of our concerns.

The individual follow-up of our students in companies (internships or work-study programs) during and after their training is an important asset that we bring to the Institute. 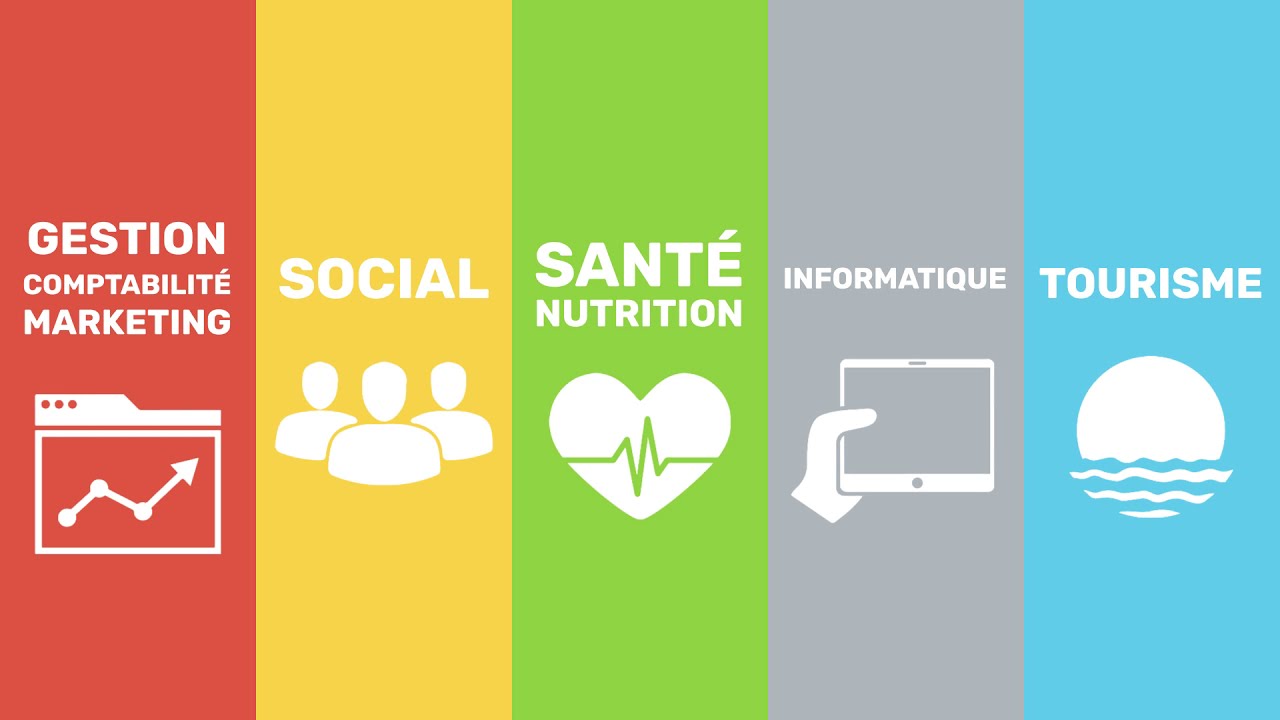 1941: Faced with the German occupation, the Rue Monsieur Institute in Paris, under the direction of the Society of the Daughters of the Heart of Mary, decided to leave the capital and move to Toulouse.

Thus, at 19 rue St Hilaire, the Social and Family Institute was opened with 60 students. In October 1942, the Institute moved to rue des Arts and in 1944 it occupied a villa on rue Ingres.

When the war was over, the Institute decided that part of the teaching would remain in Toulouse: the Toulouse Executive School was born.

Very quickly, it obtained the approval of the Ministry of National Education to prepare student teachers for the new state diploma “Monitorat d’Enseignement Ménager Familial”.
In 1959, it became part of the technical household teaching (law

However, the needs evolved and the more scientific teaching as well as the more advanced pedagogical training required better adapted and larger premises.

Thanks to the moral and financial support of the Caisse d’Allocations Familiales de la Haute Garonne and the Regional Directorate of the Ministry of Public Health and Population, a functional complex was built in the middle of a 3-hectare park in the Côte Pavée district, with a student residence attached. Construction began in 1962 and was completed in 1965.

From then on, the Limayrac Institute diversified its training courses in response to the demand of managers from the different economic sectors of the region and endeavored to satisfy the demand of families and to offer new careers.

In 1970, the Sanitary and Social sector was expanded and the Brevet de Technicien Supérieur was created.

The Institute and the School of Dietetics were accredited as Continuing Education Centers in 1976: The Continuing Education Center developed training programs in the social and health fields (Training for the Judicial Representative for the Protection of Guardians, the State Diploma for Social Workers, and the State Diploma for Family Social Intervention Technicians). In the more recent past, it has also opened preparation courses for the competitive examinations for speech therapists and nurses

In addition, the opening of the large European market has led the Institute to expand internationally since 1993, and thus to open up to new training programs such as ERASMUS and since 2014 Erasmus+.

We particularly support exchanges within the framework of European programs and networks, the mobility of students, teachers and staff.